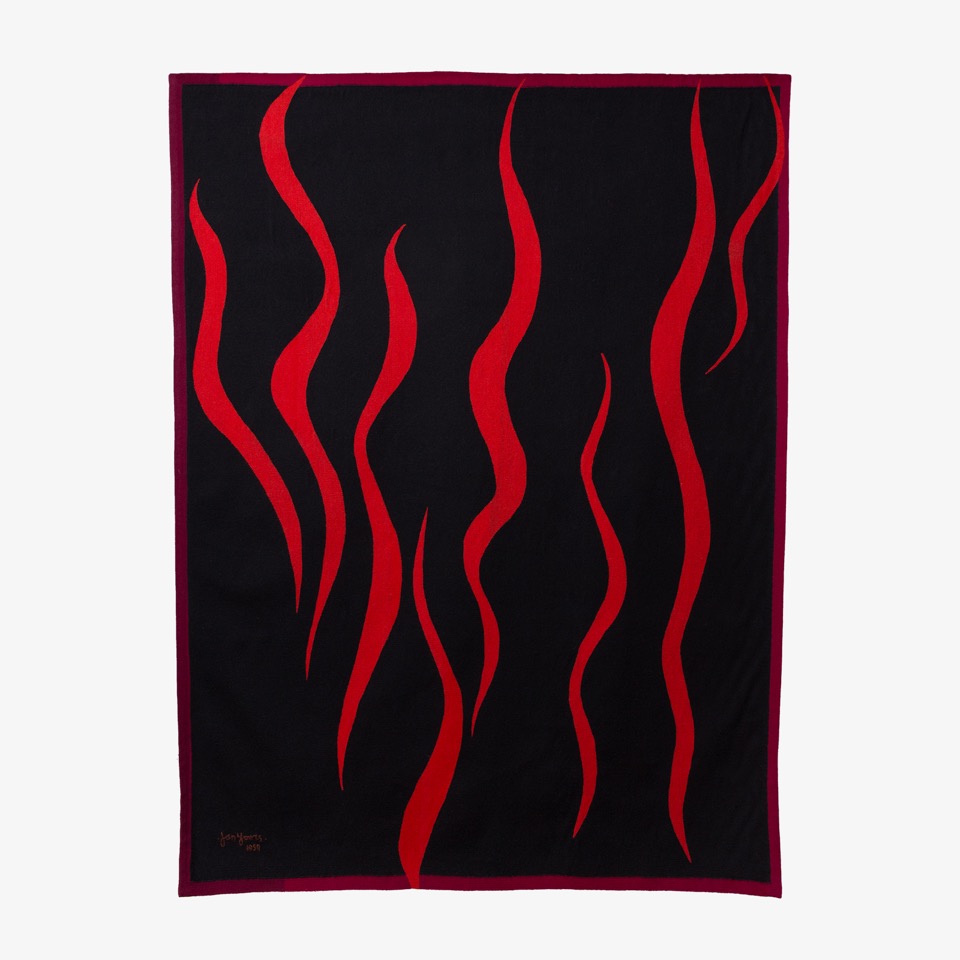 Save your favorite photos and revisit them at anytime using your email address. you can share this list with your photographer, family and friends. Why do you need my email?
X

Jan Yoors, (Flemish, 1922-1977). This original, one of a kind t tapestry was woven in 1959. Fire was an important symbol and represented being in the moment.

In 1950 Yoors settled in New York City, where he set up a studio and constructed a 15-foot vertical loom. His wives, Marianne and Annebert joined him in 1951; they were to collaborate with Yoors in the weaving of all his work. Jan would start by creating a full-size cartoon and selected Persian wool dyed to his exact specifications. Using the cartoon as a guide, Marianne, Annebert, and other skilled artisans would weave the tapestry under his supervision.

His work brought him international acclaim. His first exhibition was at the Montclair Art Museum in 1956. In 1959 Art in America magazine nominated him as one of the new talents in the USA. Further recognition came when he represented the United States at the International Biennial of Contemporary Tapestries in Lausanne, Switzerland in 1962 and 1965. 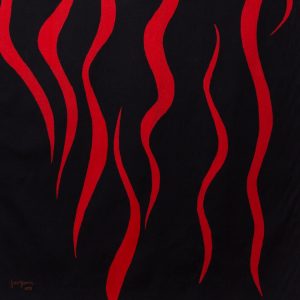